Walter Ballinger has been selected as this month’s Edward Jones Scholar Athlete.  Joy Wallace, on behalf of Edward Jones, stopped by Beech Grove this week to give Walter is medal for being the October athlete of the month. 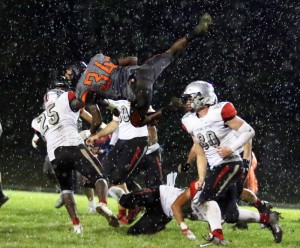 Walter has lettered 3 years in football, 3 years in track, and 2 years in wrestling.  He currently has a 3.5 GPA.  He finished the season 2nd in rushing with 534 yards. 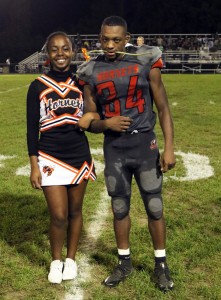 Walter’s current college plans are undecided but he would like to play football and run track in college.  He would love to attend Indiana University because of their athletic training program.  He plans to study to be an athletic trainer. 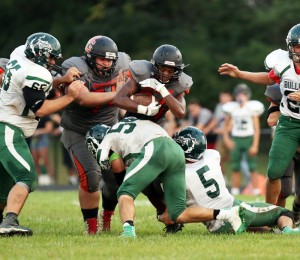 Congratulations to Walter for being selected as the Edward Jones Scholar athlete of the month for October!