Chase Andries has been selected for the North-South All-Star football game by the coaches from his region (Warren Central, Roncalli, Ben Davis, Chatard, Cathedral, Southport, North Central, Lawerence Central, Cardinal Ritter, Pike, Perry Meridian) which include some of the best football programs in the state of Indiana.

Chase was extremely honored and proud to be selected to play in the North-South All-Start game.  He had this to say about his selection to the team:

“I’ve wanted to be on the team since I was a kid so it feels great to reach that goal.  Feels like one of the best ways to end my high school career.” 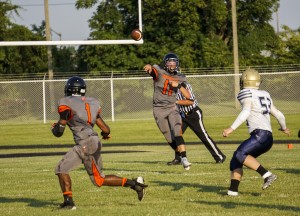 Chase will play quarterback for the South team.

The North-South All-Star game will be played on July 14th, 7 pm at North Central HS.