The Beech Grove football program has been on the rise the past four seasons thanks to Coach Weller, his staff, and the young men who have taken the field on Friday nights.  Numerous players have went on to play collegiate football at multiple levels, while all-conference and all-state awards have been given out as well.  Just this past season, former quarterback Chase Andries was selected to the North-South All-Star game, where he started at quarterback for the South team.  Chase will be suiting up this fall at Depauw University and is expected to compete for the starting quarterback position in his freshman year.  Walter Ballinger and Montrez Hearon will also be playing college football at Hanover College and Hutchinson Community College in Kansas respectively. 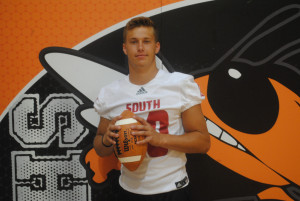 Two seasons ago, the Hornets won a share of the Indiana Crossroads Conference championship.  This past season, the team finished with a 7-3 record and lost two very close games in conference.

“Our vision is the same as it is every year. We expect to be competitive enough in the conference to have an opportunity to win it at the end. Two years ago we were fortunate enough to win a share of the title, but last year we had two conference losses by a combined 8 points, so we were right there again with the same opportunity.” – Coach Weller 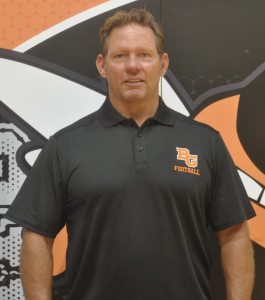 Coach Weller will be entering into his 7th year as Head Coach of Beech Grove.