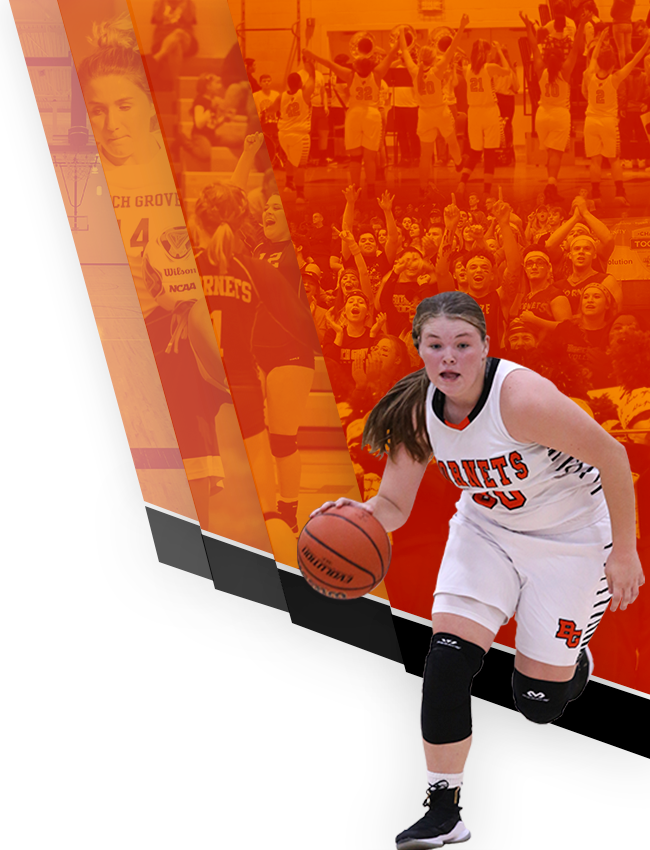 The Jim Newport Student Athlete of the Year Award is given each year to one 8th grade boy and one 8th grade girl who exemplify in our sports’ programs those traits best set forth by long-time athletic director and coach, Jim Newport.  Included in these traits are dedication to oneself and school, willingness to listen to coaches and strive for team success, and perseverance both on the athletic fields and in the classroom. The winners are: 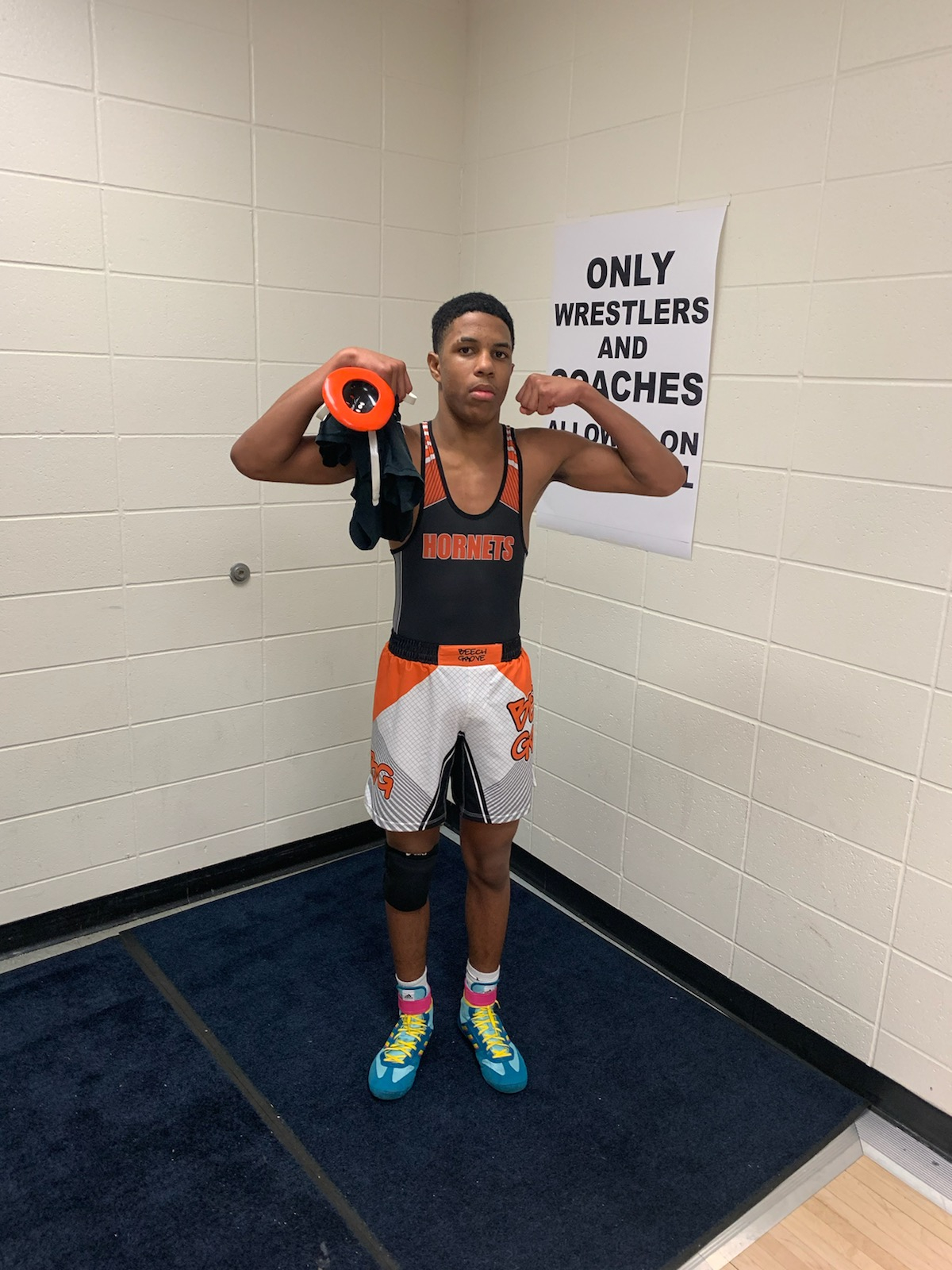 Eron is a three sport student/athlete and an honor roll student.  Even though track was cancelled this year, Eron’s coaches believe he would be a great candidate for the Jim Newport Athletic award. Last year, Eron ran the 400 yd dash. He could have easily been one of the sprinters, but he and the coaches realized that his talents would best help the team as a 400 runner. The first race that Eron had as a 400 runner, he shot out from the gun and started sprinting. His coaches didn’t believe there was any way he could keep that pace. Sure enough, he won the race and had a great time of 59.84. Eron had a great attitude towards doing what was best for the team.  Eron is everything you want in a student athlete. On the football field, Eron had one of the best years the Hornets have seen in awhile. As one of the leaders of the Hornets, he led the football team to back-to-back conference champs and back-to-back undefeated seasons. Eron is unique on the football field, his combination of football smarts and athletic ability led to many touchdowns and yards gained as a running back this year. Whenever the offense was stagnant, Eron was the spark that could get the team rolling. However, the reason for his success was not because of his ability alone. Eron showed up everyday like it was game day. When he was on the practice field, you could not tell if it was gameday or just another practice, he brought the same intensity each day. Eron has everything a coach wants, an undeniable work ethic, he was coachable and respected. The most important part of a student athlete is being a student. Eron applies the same work ethic in the classroom as he does on the field. He has continued to put in the work each day to learn and make the grades each day. His coaches hope that he keeps that same spirit and leadership up through his sporting career!   Eron is the perfect student athlete and it has been a pleasure to coach this young man. 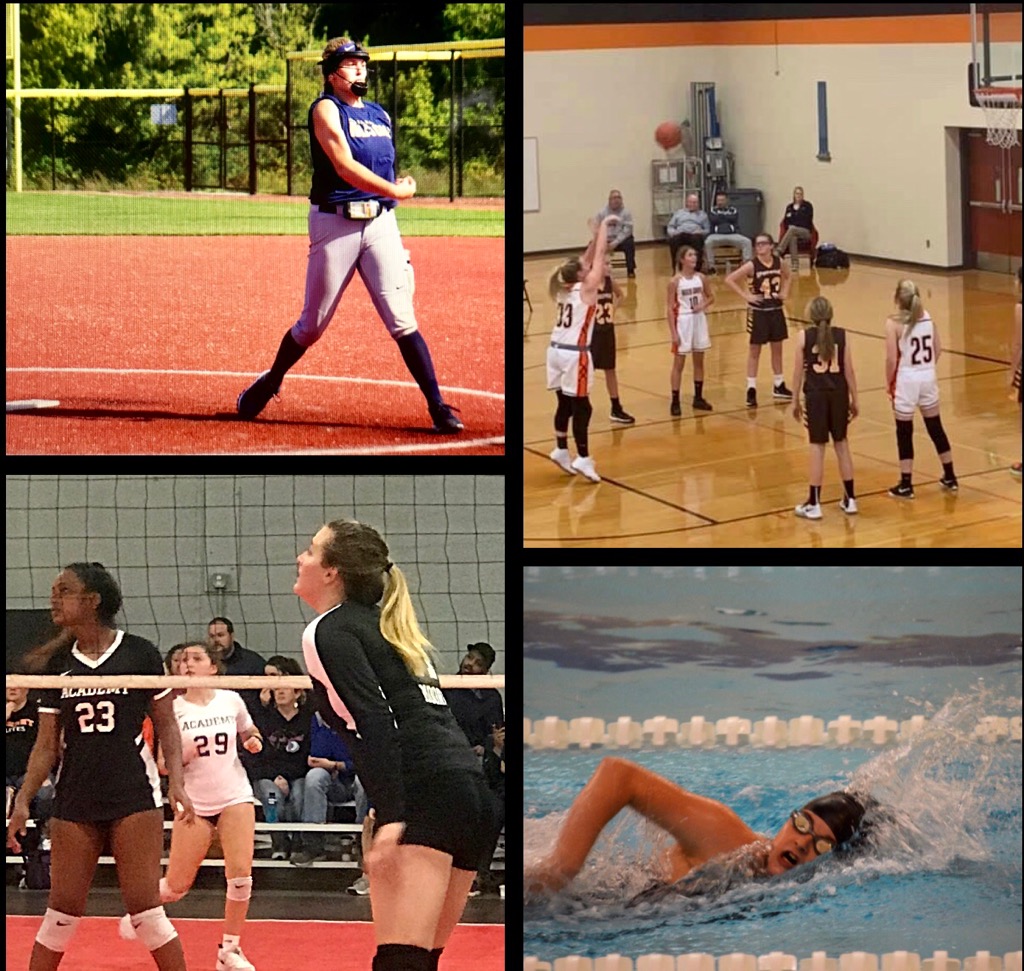 Malone is a leader in the classroom, on the field, on the court, and whatever she is involved in. Holding straight A’s in all honors classes, combined with participating in five school sports, as well as travel softball, she is the epitome of a hard worker, and a dedicated student-athlete. Aside from excelling in the classroom and sports, she’s well respected by her peers and teachers and is a role model to the younger generation. Malone volunteers her time to help mentor other students and has made connections with some students who have trouble opening up socially.  Malone also volunteers her time  to assist with school projects like the yearbook.  She is always at school bettering herself after hours, putting in the work necessary, going out of her comfort zone to become the best student, athlete, teammate, and person possible.  Even after a long day filled with school, practice, and volunteering, she continues to push herself by coming back to school to lift weights or practice on her own some nights until 9 pm. or later.  These are the reasons why Malone is a nationally ranked softball player for the class of 2024. When she does have a little spare time, she loves to give pitching lessons to young, aspiring pitchers from the BG community. This one will be a joy to watch and see what she conquers academically and athletically throughout high school and college. Once again, Malone is a model student, dedicated athlete and a compassionate young lady who is a great asset to our community which makes her a great candidate for this award.